Undoubtedly one of the worst events occurring to the American military during the Korean war was the destruction of the U.S. Army 31st Infantry regiment during the Battle of the Chosin reservoir [1950].

That 31st Regimental Combat Team [RCT31] advancing northward on the eastern side of the Chosin reservoir engaging in mortal combat with a much more numerically superior Chinese Communist Forces [CCF] adversary, depending on your perspective and usage of wording that American unit annihilated, decimated, obliterated. Made combat ineffective, retiring from the scene of the combat in a sorry state, a debacle.

During that three to four days of unremitting combat that AA firing in the ground-support mode against the attacking massed CCF infantry proving to be most effective.

CCF commanders using their troops strength to their advantage, prodigious numbers of infantry used in a profligate manner relentless and frightening, beyond expectations of American commanders,

MASSED firepower of the AA in the ground-support role causing heavy casualties among the CCF attacker. Ultimately to no avail nonetheless at that moment AA a GODSEND the usage of which not anticipated!! 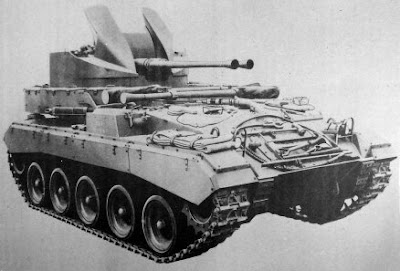 The M45 Quadmount . . . was a weapon mounting consisting of four .50 caliber M2 Browning machine guns . . . mounted in pairs on each side of an electrically powered turret. . . . Although designed as an anti-aircraft weapon, it was also used against ground targets." 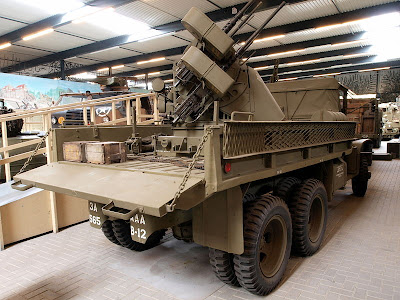 This quadmount shows the four MG on a truck. Other variations exist.

Read from the Chosin Reservoir Korea web site the five part series dealing with the ordeal of the RCT31!

Of 3,500 men only about 400 left standing after four days of combat, unit cohesiveness and integrity destroyed, RCT31 ineffective.

And without that AA being used in the ground-support mode at Chosin reservoir the situation might have been worse, Chinese numerical advantage countered to a degree but only that?