Here with two interesting images. One thanks to drakegoodman and the other courtesy of Jungle Trader. 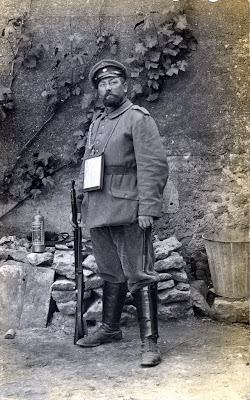 Here a German fahnrich from
the era of the Great War [WW1], dated around
1915. An officer-cadet, a man aspiring to
officer rank serving first as a junior
non-commissioned officer, finally becoming
a commissioned officer, having learned
the trade of soldiering from the bottom up!
Note the map case around the neck.

"Fähnrich (officer candidate) is a German and Austrian military rank in armed forces which has no direct comparison in the English speaking world."

Zeitzler the German Chief of Staff [succeeding Halder] under Hitler marched off to war during WW1 as a fahnrich! 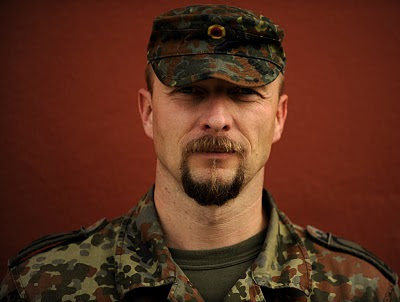 And now the German soldier from the current era
- - the year 2010! An airman - - a master sergeant
serving in the Luftwaffe!

The uniforms are different - - the facial hair not too unlike - - the national characteristics of the German the SAME in either case - - contributing to the traits that make for a good soldier?! Troops you want on YOUR side!