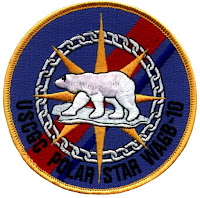 From the Internet web site "We Are The Mighty" an article from over two years ago an aspect of naval warfare in the arctic I had never thought about.

SURFACE naval warfare in the arctic a possible? It is so if you have icebreakers.

AND NOW SOME RUSSIAN VESSELS EQUIPPED WITH CRUISE MISSILES?

The USA has: “'one-and-a-half” operable icebreakers . . . the heavy icebreaker Polar Star and the medium icebreaker Healy, which are in the Coast Guard’s fleet."

Icebreakers and presumably any merchant vessels accompanying an icebreaker into arctic waters capable of carrying containerized cruise missiles of the Lora or Club-K variety.

We are going back to the old days of the armed merchantman? A commercial sea-going vessel in time of war equipped with a fighting capability. Stranger things have occurred. Technology makes this all very possible.

Mr. President. We must prevent an icebreaker gap!!