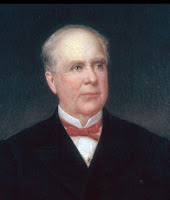 Consider this a new one on me. Bio-warfare era of the American Civil War.

An idea to infect major cities of the North during the American Civil War with yellow fever considered. Measures to implement the plan taken but nothing substantive ever achieved.

"Blackburn supported the Confederate cause during the Civil War. In the early days of the war, he acted as a civilian agent for the governments of Kentucky and Mississippi. By 1863, he was aiding Confederate blockade runners in Canada. In 1864, he traveled to Bermuda to help combat a yellow fever outbreak that threatened Confederate blockade running operations there. Shortly after the war's end, a Confederate double agent accused him of having carried out a plot to start a yellow fever epidemic in the Northern United States that would have hampered the Union war effort. Blackburn was accused of collecting linens and garments used by yellow fever patients and smuggling them into the Northern states to be sold. "

NEFARIOUS PLOT NEVER HAD A CHANCE. YELLOW FEVER TRANSMITTED BY MOSQUITO BITE AND NOT BY SOILED CLOTHING AS WORN BY INFECTED PATIENTS. BUT THE INTENTION AND WILL WAS THERE TO MAKE THE CONSPIRACY SUCCEED.

Dr. Blackburn his medical professional status post-war not hindered or hampered in any manner by his association with the Confederate cause. Also achieving high political office, Governor of Kentucky.