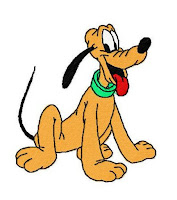 See the wiki entry for Project Pluto. American atomic powered cruise missile circa 1960's. Project never got off the ground literally so. The Tory American reactor however tested albeit in a very limited way.

Consider Pluto within context of the most recent Russian missile failure and the apparent release of radioactivity.

Radioactive releases previously detected on repeated occasions not from the Mayak atomic processing plant but from the Russian nuclear-powered cruise missile?

IT CAN REASONABLY BE INFERRED THAT THE RUSSIAN MISSILE AS EXPLODED WAS THE ANALOG OF THE AMERICAN PLUTO?

As extracted from that wiki entry:

"The principle behind the nuclear ramjet was [is] relatively simple: motion of the vehicle pushed air in through the front of the vehicle (ram effect), a nuclear reactor heated the air, and then the hot air expanded at high speed out through a nozzle at the back, providing thrust."

"The proposed use for nuclear-powered ramjets would be to power a cruise missile . . . In order to reach ramjet speed, it would be launched from the ground by a cluster of conventional rocket boosters. Once it reached cruising altitude and was far away from populated areas, the nuclear reactor would be made critical . . . After delivering all its warheads, the missile could then spend weeks flying over populated areas at low altitudes, causing tremendous ground damage with its shock wave and fallout. When it finally lost enough power to fly, and crash-landed, the engine would have a good chance of spewing deadly radiation for months to come."

CONVENTIONAL ROCKET BOOSTERS TO GET THE MISSILE UP-TO-SPEED FOR THE "RAM EFFECT" TO OCCUR AND BEFORE THE REACTOR TURNS ON. LIQUID-FUELED BOOSTERS PRESUMABLY.