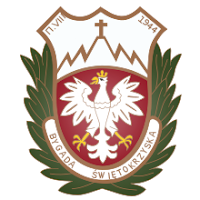 From the Sheldon Adelson Internet web site Israel Hayom this article the content of which is frankly a surprise to me.

Poles collaborating with the German, WW2?

Generally it is conceded that Poland was THE ONLY Nazi occupied nation during WW2 that did not have a collaborationist government.

"Children of resistance members respond to honor for Holy Cross Mountains Brigade, which fought both Germans and Soviets"

Holy Cross Mountains Brigade accused of collaboration with the German?

"The Holy Cross Mountains Brigade . . . was a tactical unit of the National Armed Forces . . . one of the Polish underground military organizations during World War II. It did not obey orders to merge with the Home Army in 1944 and was a part of the Military Organization Lizard Union faction"

COLLABORATIONIST'S BUT NOT IN THE ORDINARY SENSE OF THE WORD. FOUGHT POLISH COMMUNISTS AND RED PARTISANS OF WHATEVER NATIONALITY. DENYING THE AUTHORITY OF THE POLISH GOVERNMENT-IN-EXILE.

Read from the wiki accusations of collaboration.

I guess the devoted reader to the blog will have decide this one for themselves.