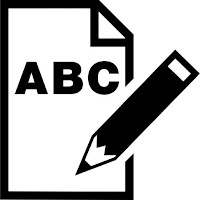 Please someone tell me this is not so!! From a Jan 11, 2016 blog entry G2mil courtesy the editor Carlton Meyer and as copied and posted more or less in entirety.

Staff officers of the USA military not able to read and write? ABC's.

"One problem in our military and government is that poorly educated people are promoted to important positions. Some advance because of good looks and a pleasing personality, while others benefit from nepotism, political connections, or racial advancement quotas. I saw many during my time in military and government service. These people never send out e-mails knowing they can't write proper sentences and misspell common words. The spell checker helps, but they confuse their/there, whose/who's, role/roll etc. We all make such mistakes, but patterns become evident, like spelling truck as 'truk' several times in one message. In meetings it becomes apparent that they cannot grasp certain things. I [editor G2mil] found this recent article of interest"

"'Unlike the other armed services, who only send 25 percent or fewer members of each year group to resident staff college, the Army sends almost 50 percent of each year group. This results in functionally illiterate Army majors coming to [Command and General Staff College] CGSC."

"Think I’m exaggerating? Then you need to see the test scores from the Nelson-Denny Reading Exam. The Nelson-Denny, which has been around since 1929, measures the reading and comprehension ability of students. Approximately five percent of incoming U.S. Army students at CGSC each year score so low on the Nelson-Denny that they could fairly be classified as functionally illiterate."

"'Keep in mind that our Army sends its best majors to CGSC as a prerequisite of promotion. So the overall number of illiterate Majors is probably around 10%."

And I do indeed hope such is not so.