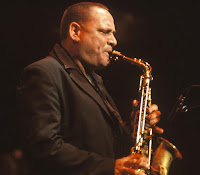 "The recent attack on Saudi oil facilities achieved an astonishing precision of less than one meter [three feet] despite the fact that it was launched from 650 miles away and delivered with it a clear message to Israel. Iran can attack any target in Israel from Western Iraq with precision and without being detected. It proved that Iranian technology is decades ahead of anything offered by Israel, America or the west."

CONFLAGRATION MIDDLE EAST! BLOW YOUR HORN AND THE WALLS COME TUMBLING DOWN?

Thanks to several Israeli authors and The Atlantic.

"Israel is bracing itself for war with Iranian proxies, as Tehran escalates its provocations. But what will the United States do if conflict comes?"

"The senior ministers of the Israeli government met twice last week to discuss the possibility of open war with Iran. They were mindful of the Iranian plan for a drone attack from Syria in August, aborted at the last minute by an Israeli air strike, as well as Iran’s need to deflect attention from the mass protests against Hezbollah’s rule in Lebanon. The ministers also reviewed the recent attack by Iranian drones and cruise missiles on two Saudi oil installations, reportedly concluding that a similar assault could be mounted against Israel from Iraq."

"Although Israeli Prime Minister Benjamin Netanyahu struggles to form a new government and tries valiantly to stay out of jail but he has managed to find the time to pledge to spend many more shekels. Finally, it dawned on Netanyahu that Israel lags Iran in an arms race. Yesterday, Netanyahu announced that Israel must increase its defense spending by 'many billions immediately and then many billions every year' to counter the threat from Iran that 'has intensified in recent weeks.'”

WE ARE TALKING HERE ONLY CONVENTIONAL MUNITIONS BEING EMPLOYED AND NO ATOMIC WEAPONS. AT LEAST NOT YET!

ARE YOU READY FOR A RUMBLE? APOCALYPTIC VISIONS OF WAR THAT CANNOT BE DENIED?

P.S. Within context see my previous blog entry https://militaryanalysis.blogspot.com/2019/06/95.html that amount of firepower the Iranian and Hezbollah has amassed in case of conflict with Israel. And is prepared to use. Not merely a hollow threat.