You are being watched!

"A US spy plane has been spotted flying secret missions in Colombia, fueling suspicions that it might be eavesdropping on the neighboring Venezuela, which has been targeted for regime change and attempted coup by Washington."

"A US Army EO-5C reconnaissance aircraft has been spotted by flight-tracking groups . . . The plane, designated as N177RA, appears to be busy flying missions over Colombia." 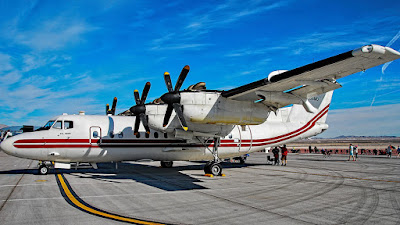 Civilian version of the EO-5C. Stripped interior then fitted with all manner of electronic warfare suite what they are called. Four-engine U.S. Army military dedicated electronic warfare aircraft of a type I was not aware of. The U.S. Army at one time having more warplanes than the Air Force and more ships than the Navy! Large army warplanes of this type I thought was a thing of the past and also [?] a violation of the 3,000 foot rule [one kilometer]. Times have changed I suppose? Click on image to see an enlarged view.