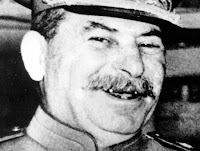 NOT impending! Is NOW!

From the article by Metin Gurcan and thanks to same.

"The impending dismissal of another 3,000 Turkish soldiers suspected of disloyalty is raising concerns about military readiness."

"The most affected group by the purges has been the commanding elite. Out of the 325 generals and admirals in the Turkish army, navy and air force, almost half (150) have been discharged. Among them were two four-star generals, nine lieutenant generals, 30 major generals and vice admirals, and 126 brigadier generals and rear admirals. In all, nearly 44% of army generals, 42% of air force generals and 58% of admirals were formally discharged. An additional 586 colonels were forced to retire by the Supreme Military Council on Aug. 23, 2016."

NOT MERELY 3,000 SOLDIERS BUT 3,000 OF THE UPPER ECHELON OF THE COMMAND APPARATUS.

See also my previous blog entry the topic of which was the preparedness of the Turkish air force, the  combat aviator capability of which diminished to nearly a zero!

At least not since the late 1930's has there been such a purge of a military elite? Top ranking officers and command staff as necessary to a modern military having been either cashiered to just done away with [executed/imprisoned]. I am thinking of the Soviet Great Purge during the time of Joseph Stalin.

WHEN I LOOK AT YOU AND SMILE, TREMBLE WITH FEAR!