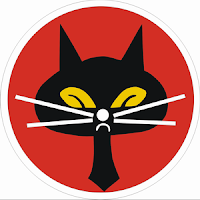 Thanks to the web site Intelligence News we have some latest info on the famous U-2 reconnaissance ["spy"] aircraft and an incident that obviously must have raised some eyebrows and gotten the attention of some important persons in certain quarters.

Chinese combat aircraft in hot pursuit of an U-2, entering into Taiwanese airspace, the U-2 escaping unscathed. Nonetheless a worrisome issue.

"►►China warns US to halt spy plane flights. China has demanded that the United States stops spy plane flights near the Chinese coast, saying they have 'severely harmed' trust between the two countries, state-run media reported Wednesday. The warning comes a month after two Chinese fighter jets chased an American U-2 reconnaissance plane into Taiwanese airspace."

"►►Chinese fighters chased US spy plane into Taiwan. It has been revealed that, late last June, The Taiwanese Ministry of National Defense sent two F-16 fighters to intercept a two Chinese Sukhoi-27 jets that crossed into its airspace, while pursuing an American U-2 reconnaissance plane. It was the first time that Chinese jets breached Taiwan’s airspace since 1999. The Pentagon declined to confirm the report"

And too - - did this flight consist of an OVERFLIGHT BY THE U-2? An actual violation of Chinese airspace or was it an off-shore, hugging the coastline, skirting the recognized border, within a buffer zone? This is not clear.

During that era of the Cold War, the ONLY OTHER operator of the U-2 was the Nationalist Chinese. Also known as the Republic of China [ROC], Taiwan.  Pilots of the Nationalist Black Cat Squadron in action over China, many times, with casualties. The pilot Gary Francis Powers was not the only U-2 pilot killed or taken prisoner!

Presumably this was what would be called a joint venture? The U.S. supplies the aircraft and trains the Chinese pilots, the missions beneficial to both sides, data and intelligence shared to a large degree? NO danger also of a shoot-down with an American pilot put on display, trial, execution, etc.

Such missions that OVERFLEW Chinese airspace ended in 1974? This according to the wiki.

"The last U-2 aircraft mission over mainland China took place on 16 March 1968. After that, all missions had the U-2 aircraft fly outside a buffer zone at least 20 nautical miles (37 km) around China."

Missions continuing however, using side-scanning and panoramic photography, a variety of other sensors, etc.

"During his visit to China in 1972, US President Richard Nixon promised the Chinese authorities to cease all reconnaissance missions near and over China . . . The last 35th Squadron mission was flown by Sungchou "Mike" Chiu on 24 May 1974 . . . The squadron flew a total of about 220 missions, with about half over mainland China, resulting in five aircraft shot down, with three fatalities and two pilots captured, and another six U-2s lost in training with six pilots killed."

That U-2 was and is now a difficult aircraft to fly. Loves to "fly" but only with the most experienced and skilled and adept aviator at the controls. And even then there can be problems. Only the best need apply and are chosen!