"Brother, can you spare a DIME?"

Alarming headlines in the aftermath of the Israeli Gaza incursion:

"Is Israel Using Banned and Experimental Munitions in Gaza?"

A new cause celebre' among those of the far left? [Dr. Mats Gilbert, for instance, is a member of the Norwegian Communist party.]

A new weapon, causing insidious and vicious wounding to victims.

"Dense Inert Metal Explosive (DIME) also called a dime bomb, is an experimental type of explosive that has a relatively small but effective blast radius . . . an explosive material . . . and small particles of a chemically inert material such as tungsten. It is intended to limit the distance at which the explosion causes damage, to avoid collateral damage in warfare."

"Upon detonation of the explosive, the casing disintegrates into extremely small particles . . . The HMTA powder [tungsten alloy] acts as micro-shrapnel which is very lethal at close range (about 4 meters or 13 feet), but loses momentum very quickly due to air resistance, coming to a halt within approximately 40 times the diameter of the charge . . . Survivors close to the lethal zone may have their limbs amputated (as the micro shrapnel can slice through soft tissue and bone)" 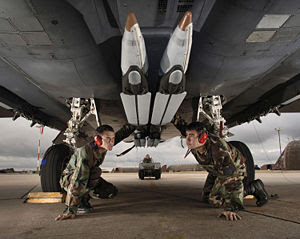 "The GBU-39 Small-Diameter Bomb (SDB) is a 250 pound (113 kg) guided bomb that is intended to provide aircraft with the ability to carry a higher number of bombs. Most US Air Force aircraft will be able to carry a pack of four of these bombs in place of a single 2,000 lb bomb"

Right. The collateral damage caused by one 2,000 pound being dropped on a target is just stupendous. If you are targeting a jihadi adversary who is hiding in a residential area - - you will successfully kill him with one 2,000 bomb, but in the process kill A WHOLE LOT OF OTHER FOLKS WHO ARE IN THE VICINITY AND ARE JUST BYSTANDERS! You crack the egg with a sledgehammer, so to speak.

These small diameter bombs, more can be carried by one aircraft, allowing for greater versatility and response, while minimizing collateral damage. Kill that one specific targeted person and limit the lethality to the approximate area of the detonation!