Here are three persons, celebrities from the entertainment business, dying in airplane crashes during World War Two [WW2]. Plane crashes directly related to the war effort, one crash totally explainable, the other two mysterious in nature, even to this day!!

1. Carole Lombard. American actress, at the height of her popularity in 1942. Enjoying a successful career, devoted to the American war effort, doing "her bit" by participating in war bond rallies. 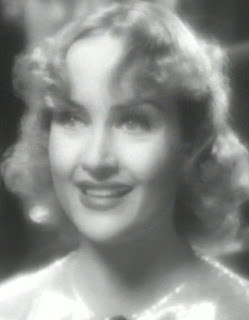 "When the US entered World War II at the end of 1941, Lombard traveled to her home state of Indiana for a war bond rally. Just before boarding the plane, Lombard addressed her fans, saying: "Before I say goodbye to you all, come on and join me in a big cheer! V for Victory!" . . . After refueling in Las Vegas, Flight 3 took off on a clear night. However, beacons in the area had been blacked out because of the war, and the plane was 6.7 miles (10.8 km) off course . . . the plane crashed into 'Double Up Peak' . . . southwest of Las Vegas. All 22 passengers and crew were killed."

Because of wartime regulations - - the normal beacons used by domestic aircraft for navigation were turned off, the pilot, flying into a mountain, all aboard, including Carole Lombard - - killed.

2. Glenn Miller. American big band leader. Also "doing his bit" for the war effort, leading his band into "overseas" venues, as a morale boosting venture. Again, as with Carole Lombard, an entertainer at the absolute height of popularity, without question a major personality! 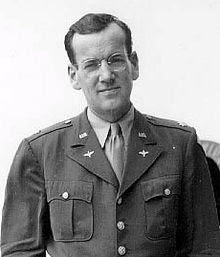 According to General Jimmy Doolittle: “[...]next to a letter from home, that organization [the band of Glenn Miller] was the greatest morale builder in the European Theater of Operations.”

Miller, meeting an untimely death under mysterious circumstances that are controversial to this day:

"On December 15, 1944, Miller . . . was to fly from the United Kingdom to Paris, France, to play for the soldiers who recently had liberated Paris. His plane departed from RAF Twinwood Farm, in Clapham, Bedfordshire, but disappeared over the English Channel."

"Miller's plane may have been bombed accidentally by Royal Air Force aircraft over the English Channel after an abortive air raid on Siegen, Germany. One hundred and thirty-eight Lancaster bombers, short on fuel, jettisoned approximately 100,000 incendiaries in a designated area before landing, per standing orders. The logbooks of Royal Air Force navigator Fred Shaw recorded that he saw a small single-engined monoplane spiraling out of control and crashing into the water."

OH MY!! Glenn Miller killed by friendly fire! Could very well be!

3. Leslie Howard. English actor, most famous for his role portraying Ashley Wilkes in the move, "Gone With the Wind"! The death of Howard is even MORE controversial! Killed while involved in "secret" work, all the while purportedly on a "goodwill" mission as an entertainer? 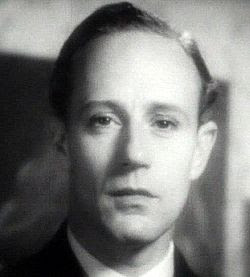 "Howard died in 1943 when he was returning to England from Lisbon on KLM Royal Dutch Airlines/BOAC Flight 777. The aircraft was shot down by a German Junkers Ju 88 over the Bay of Biscay. It has been rumoured that Howard was engaged in secret war work at the time"

"the Germans were almost certainly out to shoot down the plane in order to kill Howard himself. His intelligence-gathering activities (while ostensibly on 'entertainer goodwill' tours), as well as the chance to demoralise Britain with the loss of one of its most outspokenly patriotic figures, were behind the Luftwaffe attack"

"Howard was traveling through Spain and Portugal, ostensibly lecturing on film, but also meeting with local propagandists and shoring up support for the Allied cause. The Germans in all probability suspected even more surreptitious activities . . . A book by Spanish writer José Rey-Ximena called 'El Vuelo del Ibis' ('The Flight of the Ibis') claims that Howard was on a top secret mission for Churchill to warn Franco to keep out of the war."

THERE WAS ACTUAL PERSONAL ANIMUS DIRECTED AT HOWARD FROM THE UPPER ECHELONS OF THE NAZI REGIME? HOWARD WAS JEWISH AND AN OUTSPOKEN ENEMY OF THE NAZI!! THE ORDER TO KILL HOWARD WAS GIVEN FROM THE HIGHEST LEVEL!!??

Howard would have been working for the propaganda division of SOE [Special Operations Executive]? Whatever records regarding Howard and his "war work" are still highly classified to this day? Entertainers have many international contacts and can move freely from one nation to another, hobnobbing with upper-class types, having access and entre' to elements of society where few others do?