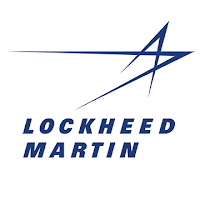 From WIZARD thanks to Harry at Sharkhunters"

"The Australian defense ministry has awarded Lockheed Martin a AU$700 million [$566 million USD] contract to design, build and integrate a combat system for the Royal Australian Navy’s future submarines . . . the contract with Lockheed Martin Australia would create 200 new jobs, majority of which will be based in South Australia."

LOCKHEED MARTIN NORMALLY ASSOCIATED WITH COMBAT WARPLANES AND NOT SUBMARINES. BUT SO IT SEEMS NOT TOTALLY SO.

"Lockheed Martin Australia was selected as the future submarine combat system integrator in September 2016. A total of 12 Shortfin Barracuda submarines will be built for Australia by French shipbuilder Naval Group at a cost of AUD 50 billion [$40 billion USD]. Construction is expected to start in 2022–23 once 85 per cent of the design work is completed."

Submarines as manufactured by the French. This is a Shortfin Barracuda class and not nuclear. My assumption always has been that when you purchase a submarine you buy more or less intact the entire total package. French submarine, French torpedoes, French electronic and electrical systems of all  sorts, etc. but this apparently is not so also.