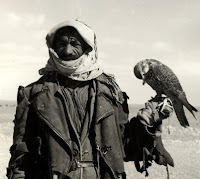 NOT for OVER a period of seventy years has such a thing occurred. The carrier pigeon as a means of waging war. At least to my knowledge.

AS IT WAS IN THE DAYS OF THE CRUSADES SO IT IS NOW IN THE WAR AGAINST THE ISLAMIC STATE!

Devoted readers to the blog will instantly appreciate my interest is such an item!

From the entry as seen at Strategy Page and extract with comments:

"May 11, 2016: Jordanian border guards recently intercepted a carrier pigeon carrying messages for ISIL (Islamic State in Iraq and the Levant). Jordan has a 375 kilometer border with Syria and has been able to keep ISIL out so far. But some of the million or more Syrian refugees in Jordan are actually ISIL members or sympathizers. ISIL has learned to be very careful with communications so that their few operatives in Jordan remained undiscovered by the police. Now that the Jordanians are aware of the ISIL use of carrier pigeons they can bring in specialists (Bedouins expert in spotting and taking down birds) to deal with the problem."

"Carrier pigeons have been retired by most armies with China the only major nation to still use them . . . . China . . . has continued to maintain thousands of homing pigeons for military communications duty."

THE ARAB AND THE BEDOUIN IN PARTICULAR ESPECIALLY FOND OF AND VERY ADEPT AT THE ART OF FALCONRY. RAPTOR BIRDS AS ARE PROBABLY BEING USED TO "DOWN" THE ISLAMIC STATE CARRIER PIGEONS! I MIGHT WELL IMAGINE THAT "TAKING DOWN" INVOLVES IN THIS INSTANCE THE USE OF FALCONS!!

In warfare the old ways are often the best ways and are to be preferred over a more modern approach?