Kobani the Syrian town under siege by ISIL for a period of four months now secure, the Kurdish YPG militia having triumphed. With the aid of allied air strikes of course undeniable. THE TOWN OF KOBANI CERTAIN PORTIONS LEVELED!!

From a variety of sources the story with graphic images: 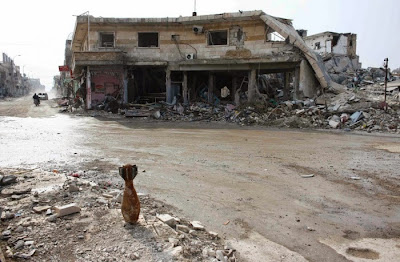 2. "Inside ravaged Kobani: months of fighting have left a town in ruins – in pictures" 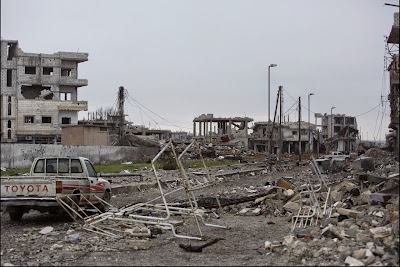 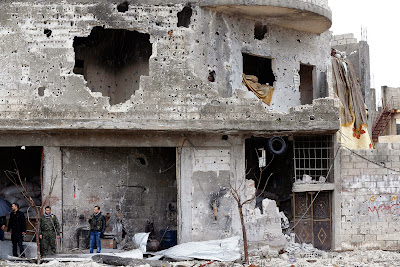 Some big-bore weapon caused that damage. Even American B-1 bomber active in the skies over Kobani.

4. "City of Ruin Remains After Islamic State Defeat in Kobani"

"As Kurds, U.S. Beat Back Militants, Victory Seems to Have Come at the Price of the Town Itself" 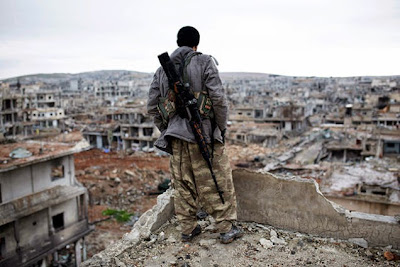 Musa the Kurdish marksman observes the damage. A Stalingrad type battle at conclusion. 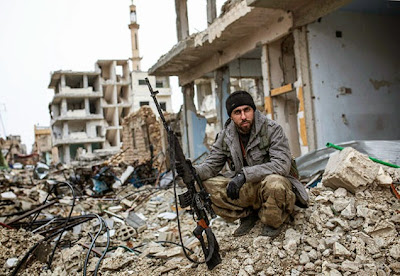 A Kurdish marksman known as Musa with SVD sniper rifle. This man is a modern day Zaitsev.

Nobody ever said this was going to be easy!!

That YPG the fighting arm of the PKK Kurdish communist party?

ISIL having decided to engage in a prolonged siege of Kobani made a grave miscalculation! Losses as was the result of this battle will not be easily replaced.

Steam taken out of the ISIL war machine, the momentum for the interim coming to a halt!!