Continuing with excerpts for the Ari Shavit book: "My Promised Land".

From the Israeli perspective the Iranian threat that analysis of Yadlin:

"'With the Iranians, one finds a fascinating combination of religious fanaticism and strategic prudence', says the bespectacled, solicitous retired general sitting across from me. 'They are very ambitious. They regard their struggle with America and Israel as a clash of civilizations. As they see it, their civilization is the more pure and more just, and therefore it is the stronger. The Judeo-Christian civilization is for them an evil imperialist civilization that is now in a state of decline. They feel genuine rage because of the what the British and the Americans and the Russians did in Iran, and because of what the Zionists did in Palestine. They're totally convinced that because our civilization is spoiled and corrupt it cannot endure suffering, has no resilience, and is bound to rot. That's why they have no doubt that they will have the upper hand and eventually bring about the
downfall of Israel, Europe, and America. The future is theirs, they believe. Their rising culture will topple ours.'" 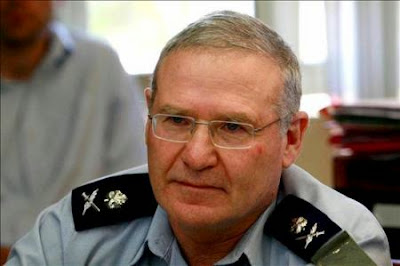 "'And yet' Yadlin goes on, 'in their day-to-day-conduct, these zealots act with sophistication and restraint. They are not in a hurry, they are not hasty, they make few mistakes. Rather than advance directly toward their goal and attract fire, they built a wide and steady front that is slowly approaching the goal, so at the right moment it may be conquered with a high degree of
certainty.'"

Endure suffering and lacking in resilience!

That Shia aspect of Islam adherents not only as they see themselves as much maligned and having enemies in all direction, but also FOND of suffering!!

Those leaders of Iran to include the secular and the mullah alike NOT persons in my estimation so well informed about the world. Insular for the most part, NEVER having traveled the outside world and experienced what different cultures and nationalities are all about. Perspective as gained from watching American soap opera and Hollywood cinematic productions hardly an adequate way to obtain a nuanced and true evaluation and analysis.

Warped and distorted thinking the result, much to the detriment of everyone!!

"Warped and distorted thinking" combined with atomic weapons [on the part of the Iranian] a bad combination.