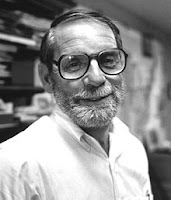 On the tenth anniversary of the 9/11 attacks I begin a series of blog entries based upon extracts from the book: "Curve of Binding Energy" by John McPhee with of course my comments most germane and pertinent. All thanks to John McPhee.

"Curve" originally written in 1973/1974 but the topic as valid now as it was then, perhaps even much more so.

[devoted readers to the blog when following this serial always keep in the back of your mind this book was written in 1973/1974.]

"CURVE" ALSO I FIND IN MEASURE PERHAPS AND ONLY PERHAPS HAVING A PERTINENCE TO THE 9/11 ATTACKS THAT IS TROUBLING AND DOES RAISE QUESTIONS - - AT LEAST IN MY MIND?

AN INVESTIGATION BY JOHN MCPHEE INTO THE POSSIBILITY THAT A TERRORIST GROUP OR EVEN THE SINGLE "MAD" AND VERY DISAFFECTED BUT VERY TALENTED AND ADEPT INDIVIDUAL COULD INDEED BUILD AND CONSTRUCT THEIR OWN FIELD EXPEDIENT AND HOME-MADE ATOMIC BOMB!

[at the time, the terrorist group most worrisome was the Palestinian Black September!]

John McPhee, the writer-in-residence at Princeton University for some period now, his impressive body-of-work primarily written in the genre' called "creative non-fiction", in this particular case ["Curve"] conversation with a variety of sources and persons knowledgeable in the nuclear industry and nuclear weapons design/development.

That a terrorist group would be able to obtain atomic weapons and HAS the implacable will and desire to use indeed must be the ultimate nightmare for security experts. And as for a terrorist group or the so-called "crackpot" obtaining fissionable material and constructing their own bomb, COULD IT ACTUALLY BE DONE?

Well, that is the question!