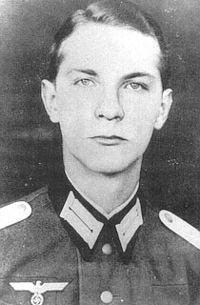 Here from Der Spiegel an interesting article worth reading. An interview with Ewald von Kleist. The pedigree, history, and comments of Ewald most interesting to say the least.

"'There Will Be Another Hitler Some Day'"

"After the war, Kleist founded a publishing house and, in 1962, the event that would later become the annual Munich Security Conference, which he ran until 1998."

Some comments of mine on the observations of Ewald:

* "At the time, we should have asked whether this actually was a war within the meaning of Article 5 of the NATO treaty."

In the immediate aftermath of 9/11, the U.S. invoked Article 5 of the NATO charter. An attack upon the U.S. was an attack on all the constituent members of NATO. All nations a part of NATO were legally obliged to come to the defense of the U.S. in whatever way possible. This was a treaty obligation. WAR in the sense as perhaps not defined or understood when the charter was written and agreed upon by the signatories. But WAR nonetheless. And the Afghan mission from that point on was a NATO mission, with German participation among many, the operation to eradicate Al Qaeda and the threat it posed to the U.S. by that terrorist organization. As to national building and the current military campaign against the Taliban, that is a different story?

* "Obama's idea of a world without nuclear weapons is nonsense. No one who can count to five believes it can happen."

I don't think anyone would suggest that a world totally devoid of ANY nuclear weapons is a possibility. Perhaps at some point - - but as for now and for the foreseeable future - - NO! But a world with the stockpiles and numbers of atomic weapons greatly reduced, this is a do-able? YES! Already is. And to prevent further proliferation of nukes is a goal and something worth doing and IS being done.

* "There Will Be Another Hitler Some Day"

It can be suggested that there already has been another Hitler. Persons, megalomaniac dictators, numbers of them perhaps, BUT NOT HAVING THE POWER OR THE NATIONAL PHYSICAL WHEREWITHAL TO ACCOMPLISH THEIR GOALS! A Ghaddafi, Idi Amin Dada, a Pol Pot, a Saddam Hussein?

* "We can all recall the images of Iranian children with green headbands running straight into Iraqi machine-gun fire."

Ewald here is referring to the Iranian Basiji Corps. Iranian teenagers encouraged by Khomeini to clear Iraqi minefields for the conventional forces of the Iranian military. "Clearing" a minefield by RUNNING through the minefield, detonating a mine and killing yourself in the process. OR wrapping yourself in a rug and ROLLING through the minefield, also detonating a mine, your body in the latter case more intact for burial. Such is the mentality of Khomeini. Those Basiji Corps survivors, what there were of them, no head-knockers for the Iranian regime?

Ewald to be clear is NOT the son of the famous German Field Marshal Paul Von Kleist of World War Two [WW2].

That Von Kleist family is renowned in Germany and has been for centuries! See the quite extensive listing of those Von Kleist having military service with the rank of general officer!