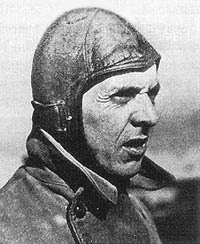 From the history section of the wiki entry for Ground Effect Vehicles we find:

"By the 1960s, the technology started to improve, in large part due to the independent contributions of Rostislav Alexeev in the Soviet Union and German Alexander Lippisch, working in the United States."

Alexader Lippisch, one of the most significant aircraft designers of the Twentieth [20th] Century!

Lippisch aircraft designs of which were to include:

"Alexander Martin Lippisch (November 2, 1894 – February 11, 1976) was a German pioneer of aerodynamics. He made important contributions to the understanding of flying wings, delta wings and the ground effect. His most famous design is the Messerschmitt Me 163 rocket-powered interceptor."

"Like many German scientists, Lippisch was taken to the United States after the war under Operation Paperclip."

That number of German scientists, engineers, etc., brought to the U.S. in the aftermath of the Second World War is MUCH MORE extensive that what is normally realized. Lippisch included.

Here thanks to the web site Luft46 the entire catalog of Lippisch experimental designs from the World War Two era. Most if not all NOT coming to fruition. Too advanced for the period.

See here the entire range of gliders as originally designed by Lippisch.

See here the Me-163 rocket plane design of Lippisch. Very far advanced for the period. Too far advanced - - was NOT effective!

And finally, of course, post-war, experimentation, and interest in, and the design of, various ground-effect vehicles of ever increasing complexity and sophistication, the projects not venturing far beyond the prototype stage, regrettably!!