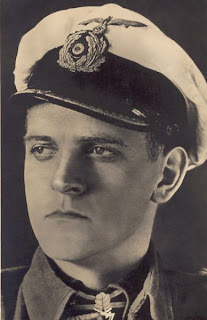 Excerpts from an interview with the distinguished German U-boat captain from World War Two [WW2], Erich Topp. Regarding the Type XXI boat.

The question is whether the Type XXI was a war winning weapon. The Type XXI had the capability to allow Germany to prevail in the Battle of the Atlantic? A victory by Germany that would have a marked influence on the course of the war.

SH: "The Type XXI was an amazing submarine. Would you tell us something of it's capabilities and the effect it might have had on the Battle of the Atlantic, had been introduced earlier?"

Topp: "Well, the main thing was it had a higher underwater speed, in excess of seventeen knots, and it's endurance was considerable. In addition, it possessed a new anti-aircraft radar as well as a new sonar . . . So when you ask me if it would have changed the outcome of the Battle of the Atlantic, I must say NO [my emphasis] . . . we tried to find out if we could revive the old Rudeltaktik (The Wolf pack system) but it was impossible because we were always submerged . . . because of lack of communications submerged - we were unable to communicate with the other boats . . . So, we could not revive the pack tactics . . . the XXI boat was a solo performer . . . the increased number of sinkings [by a solo boat operating not as part of a Wolf pack] would not have changed the fundamental outcome in the Atlantic."

SH: So you mean that it might have extended it [the Battle of the Atlantic], but the outcome would not have changed?

TOPP: No, it would not have changed the outcome.

NO equivocation here! The Type XXI submarine was a formidable weapon. That is agreed. BUT COULD NOT COMMUNICATE IN THE TIMELY FASHION TO ALLOW FOR WOLF PACK GEMRMAN SUBMARINE TACTICS TO BE EFFECTIVE.

A mass attack by a horde of German Type XXI boats would have been effective and could have influenced the outcome of the Battle of the Atlantic.

BUT THE VERY STRENGTH OF THE TYPE XXI, THE ABILITY TO REMAIN SUBMERGED FOR AN ENTIRE VOYAGE [THANKS TO DER SNORKEL], NEGATED ANY POSSIBILITY OF HIGH FREQUENCY LONG-RANGE COMMUNICATION. A mass concerted attack on a convoy was not possible as instructions and orders could not be received from higher command or allow boats to inter-communicate with one another.

Straight from the horses mouth - - you can bank on it.

[are those crush caps cool or what? Arrogant, cocky German!]