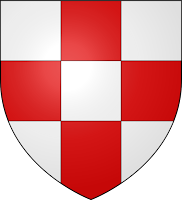 "His regime of arbitrariness and terror extended to murder, rape, illegal taxation and wanton confiscation of private property, and the victim[s] of his depredations included inhabitants of neighbouring territories as well as Swiss merchants on their way to and from the Frankfurt fair …"

Murder, rape, pillage. I am not sure about arson.

The villain. Peter von Hagenbach. His execution in 1474 justice was done.

"On this date in 1474, Peter von Hagenbach was tried in a remarkable judicial proceeding in the Rhine city of Breisach, found guilty, and publicly beheaded by the end of the day."

PETER A MILITARY  MAN VIOLENT AND UNCONTROLLED EVEN BY THE STANDARDS OF MEDIEVAL EUROPE.

THE TRIAL OF PETER INDEED USED AS A PRECEDENT FOR THE NUREMBERG WAR CRIME TRIALS ALMOST FIVE HUNDRED YEARS LATER?

Devoted readers of the blog will have to decide for themselves.

The article thanks to the Internet web site Executed Today.com