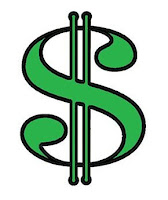 "WHAT DOES IT COST?"

Further still and concluding according to numbers provided by WIZARD:

Look at the figures for a drone as compared to manned aviation!! No comparison and another indication of why the UAV is going to be the preferred warplane of the future.

Even for ground forces the dollars for just doing business almost beyond belief. A British army Chieftain main battle tank circa 1980 just to fire one round from the main gun an expense of $3,000 USD!

No one ever said war was easy and never think war to be cheap either.