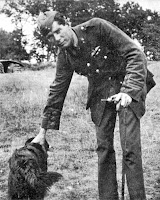 Thanks to the wiki we have a listing of the doctrine, tactics, means and methodology as determined and enunciated by various combat aviators the rules of which are essential to victory in aerial warfare. NOT the theories of Douhet, Trenchard or Mitchell but most germane and pertinent to what is commonly known as "dogfighting". A duel, a fighter/interceptor in mortal combat with another fighter/interceptor, victor take all!

1. The Dicta of Boelcke.

"The Dicta Boelcke is a list of fundamental aerial maneuvers of aerial combat formulated by the first great German flying ace of the First World War, Oswald Boelcke."

4. Johnny Boyd OODA Loop. Boyd American military strategist and fighter pilot NOT however EVER seeing mortal combat period! The theories of Boyd are nonetheless valid and worthy of study?

Those combat aviators of the Great War era had nothing to go on in 1914? The warplane at the time thought to be a curiosity and oddity, a contraption not worthy of attention. The war would be over in several months anyhow, so who ever gave any consideration at all to the means and methods, tactics, doctrine as compiled by such luminaries as Boelcke and Mannock.

Someone tell me if I am wrong but these various doctrines, tactics, means and methodologies seem to boil down to: attack from high and behind hopefully with the sun in the eyes of the adversary, accomplish a shoot-down quick, keep moving and get out of there!! What more do you need to know?