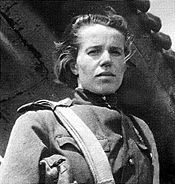 "some of the pilots were women."

And here is one of those women flying the Il-2 ground attack aircraft into combat.

Anna Yegarova. A Hero of the Soviet Union. A hero of the "The Great Patriotic War". A person for which I have the greatest respect and admiration. Anna, only passing away recently.

First a flight instructor, then a pilot flying "reconnaissance and delivery missions", then combat duty.

Requesting and being granted flight status for an Il-2 ground attack aircraft. Knowing full well that this would mean HEAVY AND CONTINUOUS COMBAT, WITH GREAT DANGER!!

Upon liberation, however, WAS NOT treated with great respect by the Soviet security apparatus. Rather, suspected of "not having done her duty", being a spy, an agent of western imperialism, etc. Typical paranoid, idiotic, totally warped and even malevolently evil Stalinist thought.

"On January 31, 1945, Yegorova was liberated after Soviet forces overran the Kustrin prisoner camp where she was being held. Arrested by the NKVD, Yegorova was suspected as a potential traitor and interrogated continuously for eleven days."

ONLY after a period of twenty years finally received her just due.

"In 1961, Yegorova was the subject of a feature article in the Literaturnaya Gazeta in 1961, and in 1965, she was finally awarded her Hero of the Soviet Union medal." 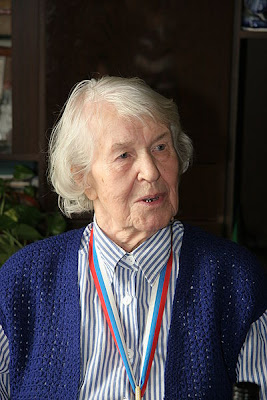 The experience of Anna was typical of those Red Army troops that fell afoul of the NKVD in the AFTERMATH of the war. Persons, almost without exception, that were taken prisoner, captured, held in inhuman conditions for YEARS, surviving by a miracle, and then accused of various crimes, treason, collaboration, etc. Soviet EX-POW's who became pariahs, outcasts, suffering a "leper-like" status, constantly under surveillance and set up for entrapment.

I would like to know what was the average life expectancy for an Il-2 pilot during normal combat operations. For Anna to have completed 270 missions and survived was quite above the norm? Anna did have a lot of guts.

[for the Soviet pilot during WW2, as it was with the German aviator too, there was NO SUCH THING as completeing your quota of missions and being rotated to a safer position. You basically flew until you were killed or the war ended and that was that.]

As I have said, I would fly tail gunner for Anna any day.